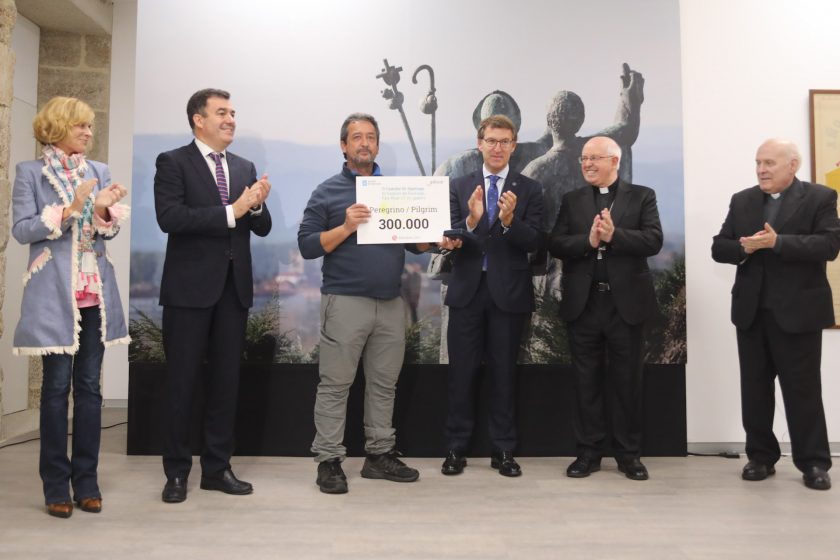 The president of the Xunta, Alberto Núñez Feijóo, welcomed the 300,000th pilgrim today; a historic figure achieved two months earlier than last year, in December, when this figure was reached for the first time, and predictions to close 2018 with a new record above 320,000.

During the compostela awards ceremony, Feijóo stated that this increase in the number of pilgrims, arriving from 172 countries and on more and more pilgrimage routes, shows that “Galicia gusta” and that everyone’s work, especially those in the tourism sector, has made the Camino de Santiago more than just an exclusive phenomenon of the holy years.

In this sense, he recalled that the Galician Government is working on the care and promotion of the Camino de Santiago through its Master Plan, an initiative with an investment of 56 million and eight work lines. With constant planning, criteria and direction: to improve, recover and conserve the natural and cultural heritage; to continue investing in responsible and diversified tourism; and to continue valuing that which sets us apart from the rest – excellence based on tranquillity and authenticity.