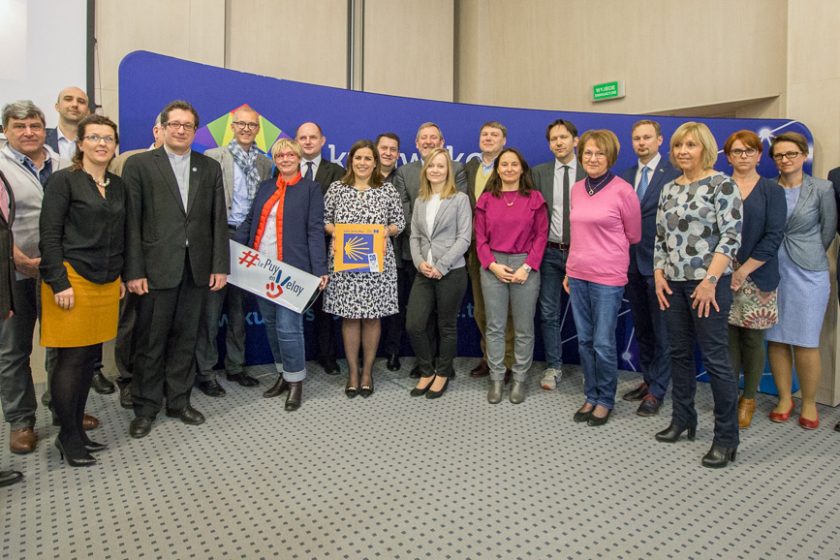 On March 28, a meeting was held in the Polish city of Torun of the Technical Committee of the European Federation of the Camino de Santiago, which the Xunta de Galicia together with another seven territorial administrations of other European countries form part of, hosted by the Government of the Region of Cuiavia-Pomerania which recently joined the Federation.

The Xunta de Galicia was represented by Rafael Sánchez Bargiela, General Manager of the Xacobeo, and by the European Projects Technician of Turismo de Galicia.

Previous to the Federation meeting itself, the General Manager of the Xacobeo was welcomed by thee President of the Region of Cuiavia-Pomerania, Piort Calbecki, at the Regional Government building of Torun. During this meeting, the General Manager of the Xacobeo thanked President Calbecki for his interest in integrating this region into the European Federation and mentioned the important work the Regional Government is carrying out in favour of the Camino de Santiago in Poland, providing support for its signposting, the activities of the Jacobean groups in the area, as well as the functioning of the Chair of the Way of Saint James at the University of Torun, directed by Professor Piort Roszak. The Regional President showed his interest in integration into the European Federation and in establishing a collaboration agreement with Galicia.

The main points addressed at this meeting focused on the content of the new website of the Federation, www.saintjamesway.eu, the collaboration proposals of new activities (with the network of universities of Portugal, a Belgian project on gastronomy and tourism, the creation of work groups, etc. In addition, several proposals of the Institute of Cultural Routes of the Council of and the members informed on their activities throughout 2017.