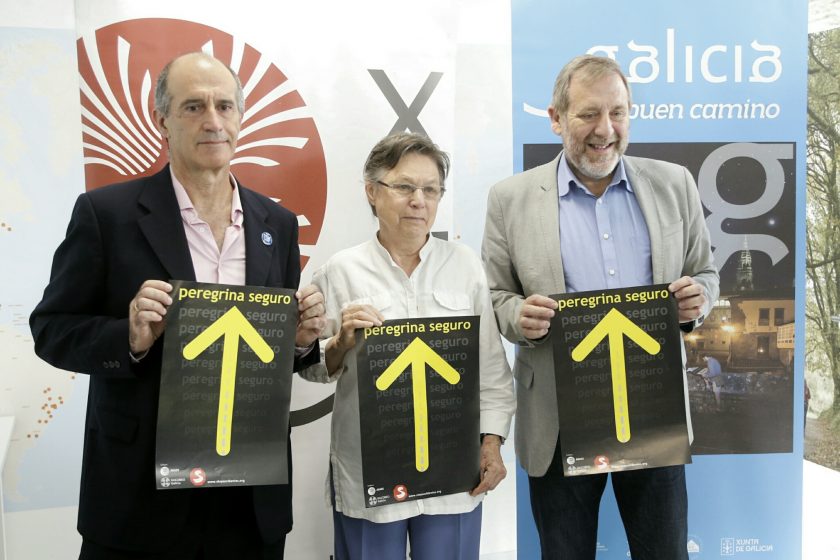 Tourism of galicia presented the campaign Peregrina seguro (Safe Pilgrimage) which is intended to promote improvement in road safety on the Camino de Santiago during this summer, in the period of greater flow of pilgrims. With this objective in mind, throughout the next few weeks, brochures will be distributed which provide advice in several languages in order to help to prevent possible accidents.

With the participation of the Galician Association of the Friends of the Camino de Santiago and the delegation in Galicia of the Stop Accidents Association, the brochure goes in depth into the one of the strategic lines of the Master Plan of the Camino de Santiago, around which numerous initiatives have been developed until now. Peregrina seguro (Safe Pilgrimage) places the focus on the pilgrims walking and those cycling, the two preferred formulas for travelling the Jacobean route. Although the former is the most chosen option, last year the bicycle was chosen by almost 25,500 pilgrims.

Given the international character of the Camino de Santiago, the recommendations of the brochure are in Galicia, Spanish, English, French, Italian and German so that the main languages spoken on the Camino are included. Among other measures, it is advisable to use light coloured or reflective clothes since it is very important that the pilgrim see and be seen by drivers. Stress is also placed on the need to look before crossing the road and not to stop on the road. Pilgrims are reminded to walk against the direction of the traffic.

In the case of cyclists, it is pointed out that it is important to always wear a helmet, travel in groups of two in stages with good visibility, stay as much as possible on the right edge of the road and use the hard shoulder, or pay greater attention at bends and changes in the level.