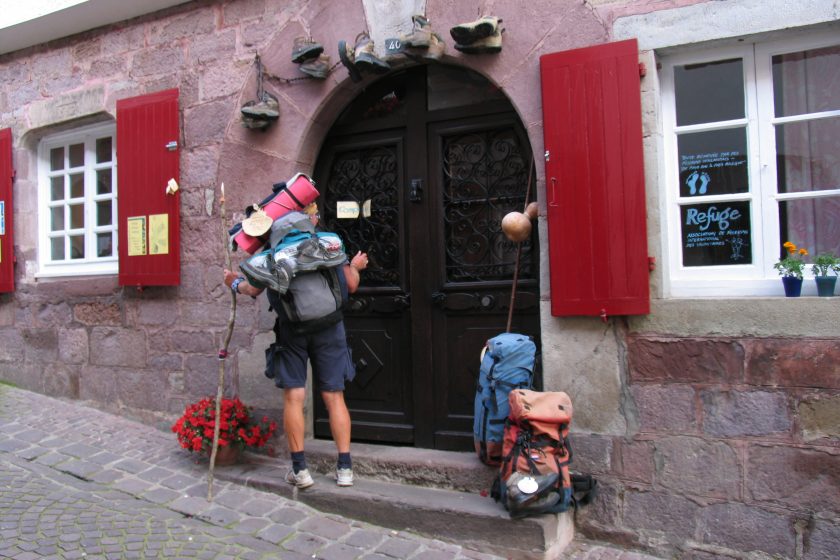 With the intention of reinforcing the historical role of France in the pilgrimage to Compostela, the Department of Culture and Tourism participated in Saint-Jean-Pied-de-Port in the last meeting of the General Assembly of the French Federation of Associations of Friends of the Camino de Santiago, an entity in which more than 40 Jacobean collectives from all over France are integrated, working to prepare, inform and offer accommodation and hospitality to pilgrims along the 17,000 kilometres marked in the Gallic country and in other itineraries in Spain.

For the first time, our Autonomous Community had the opportunity to present to the French Jacobean associative movement the Galician management model around the Camino de Santiago, with a lecture by the director-manager of the Xacobeo, Rafael Sánchez, who attended on behalf of the Department of Culture and Tourism.

He presented to nearly 200 people, including representatives of associations from Spain, Belgium, England and Germany, the model of accommodation implemented in Galicia through the Public Network of Hostels of Xacobeo, as well as the role of associationism in the Galician road map, which is supported with a specific line of aid to promote their activities. He also delved into the work carried out for the maintenance of all the routes and the work of dissemination and outreach with a view to Xacobeo 2021.

The presence of Galicia in this meeting is included in the commitment of the Regional Government to strengthen ties with the Jacobean associationism, one of the objectives of the Master Plan of the Camino de Santiago. This also highlights France’s historical role in the development of the Jacobean phenomenon in Europe, as it has been one of the main driving forces behind the reactivation of the Camino de Santiago since the 1950s, when the first Jacobean association was created in Paris, the Société Française des Amis de St. Jacques de Compostelle.