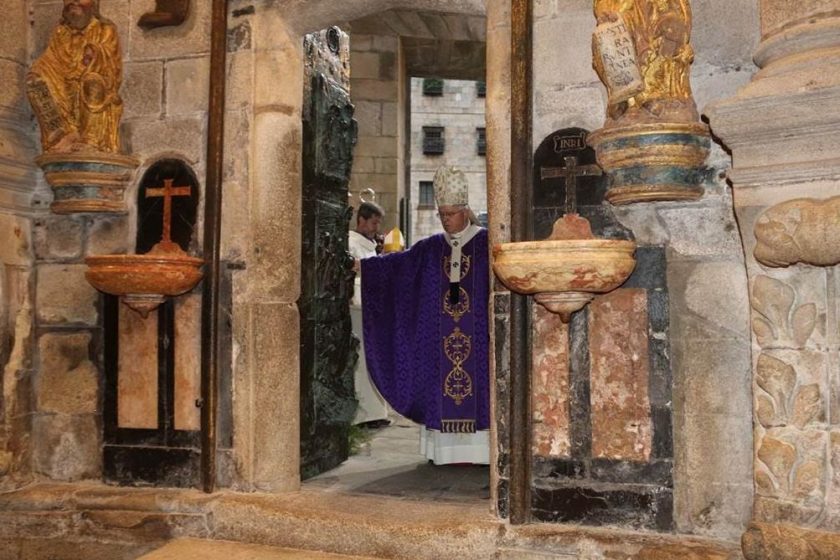 Tomorrow is the final day of the Extraordinary Jubilee of Mercy, during which for the first time in history, the Puerta Santa (Holy Door) was opened outside a Holy Year, by the express desire of the pope. Its closing marks the end of a milestone which lent significant drawing power to the Way of St. James, Santiago and Galicia.

The Jubilee of Mercy was the driving force behind the excellent figures for pilgrim and other tourist arrivals reported by Galicia. It helped make it possible to beat the spectacular pilgrim numbers of the 2010 Holy Year, with 271,000 Compostelas issued in the year to date.

Special programming
As part of the Jubilee of Mercy, Turismo de Galicia offered Galicians, tourists and pilgrims who visited us during this period special programming that enhanced the value of our autonomous community’s offerings.

This programming included a wide range of cultural, artistic and social events, as well as initiatives related to tourism development and visitor reception.

Musical programmes, including the Latitudes series and Music on the Camino, the SOLIDARITY Conferences series and such exhibitions as Galicia, House of Pilgrims and Via Iacobitana are just a few of the many activities offered to commemorate this Jubilee of Mercy, ending tomorrow.