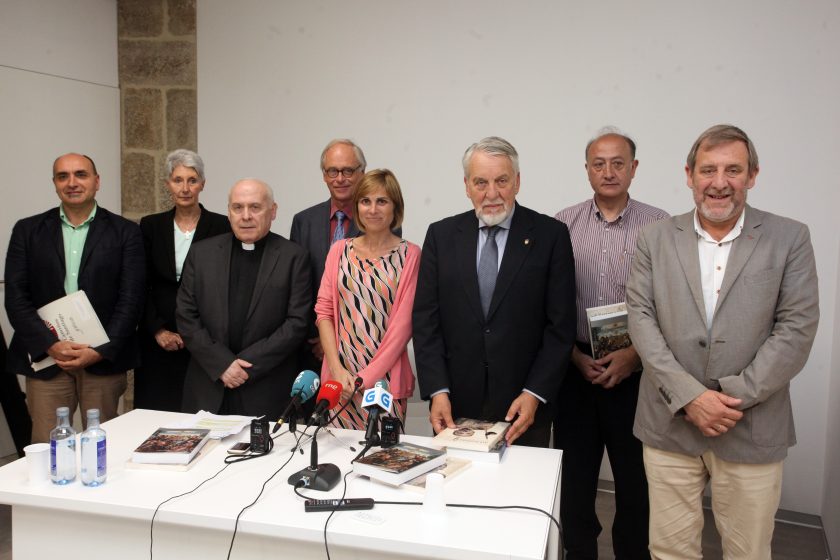 Turismo de Galicia Director Nava Castro closed today’s working meeting of the International Committee of Experts on the Way of St. James, a prestigious group of specialists on the pilgrimage route which has advised the Xunta on this subject for the past 25 years. On the occasion of this anniversary, Castro offered congratulations in a speech thanking the committee for its tireless efforts, which began in the months leading up to Holy Year 1993, which marked a turning point in the recent history of the pilgrimage, and have continued down to today, as we look forward to another important Holy Year, to take place in 2021.

Nava Castro thanked the nine members of the committee, headed by Paulo Caucci, professor at the Università degli Studi di Perugia, ‘on behalf of all Galicians and pilgrims for your support over this first quarter century in defining, managing and promoting the Way of St. James’. Some members were even involved in getting the pilgrimage route listed as the First European Cultural Route, an event which took place 30 years ago this October and which Turismo de Galicia plans to commemorate with special programming.

At the meeting, held today at the International Pilgrim Welcome Centre, the International Committee of Experts on the Way of St. James discussed various key topics related to promotion and research around the route. These included the International Congress on Jacobean Studies, scheduled for November in Santiago de Compostela; issue 8 of Ad Limina magazine; and the Way of St. James and Pilgrimages Department, recently created by Turismo de Galicia, the University of Santiago and Santiago Cathedral. The department director, Domingo González Lopo, took part in the meeting in order to coordinate with the committee, which provides advisory services. The various reports presented by the specialists demonstrate the opportunities and dynamism represented by the Jacobean phenomenon.