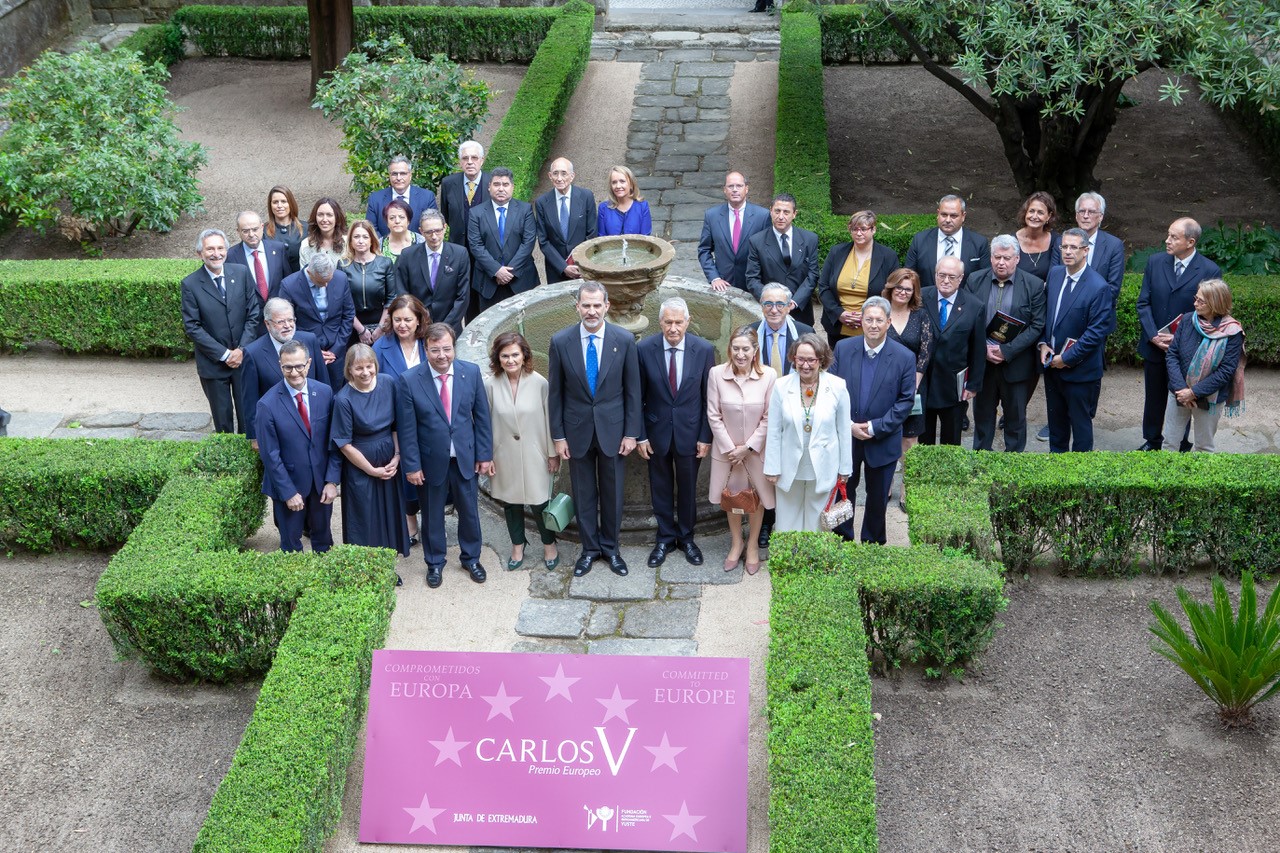 The Carlos V European Prize recognised today the work of the European Cultural Routes, including The Way of Saint James, in promoting values such as cultural diversity, respect for identities, intercultural dialogue and the exchange and knowledge of countries and history. The award was presented at a ceremony held at the Royal Monastery of Yuste and presided over by His Majesty King Felipe VI. This is the first time that the award given by the European and Ibero-American Academy of Yuste Foundation falls on an initiative.

The commissioner of Xacobeo 21, Cecilia Pereira, gave a thanking speech on behalf of the European Cultural Routes.