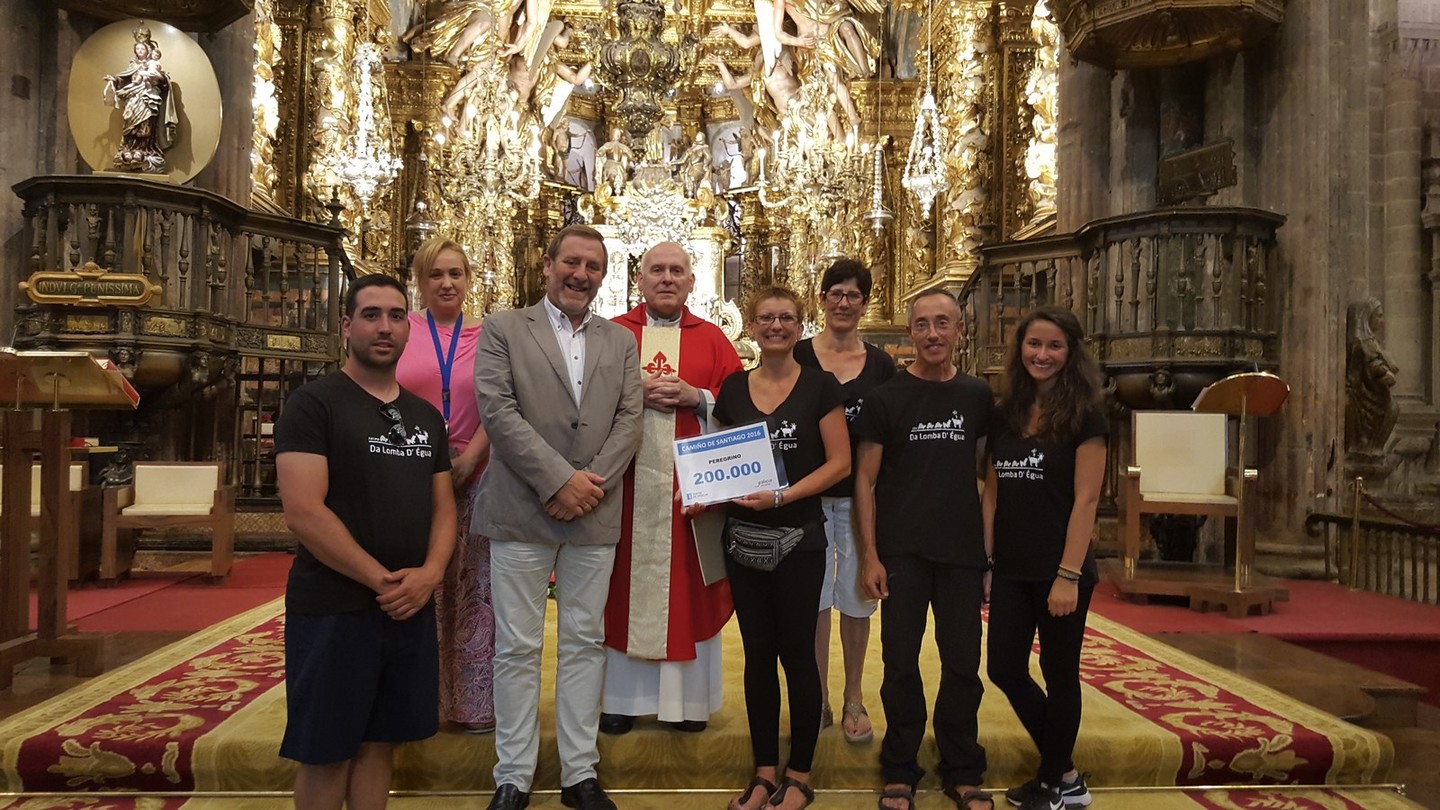 Pilgrim number 200,000 of this year 2016 stamped his Compostela today at the Pilgrim’s Office in Santiago.

She is a Portuguese pilgrim from the city of Fatima who travelled the primitive Way from Lugo in a group together with relatives and neighbours.

The Manager of the Xacobeo, Rafael Sánchez, and the Dean of the Cathedral of Santiago, Segundo Pérez, welcomed this pilgrim after her participation in the Pilgrim’s Mass and they gave her a diploma and commemorative gifts.

A record year for the Camino de Santiago

2016 is being a record year for the Camino de Santiago. So far this year 4% more pilgrims have stamped their Compostelas than in the same period last year.

In addition, the internationalisation of the Way continues as foreign pilgrims now represent more than 52% of the total.

As regards the Primitive Way, the route chosen by pilgrim number 200,000, is also undergoing a substantial increase this year. So far this year, a total of 8,925 pilgrims have chosen this route, which supposes an increase of 4.7% in comparison with 2015, and is the most travelled Jacobean Route.